Zagreb, 22 July – Plinacro Group held a press conference today in Plinacro´s headquaters at which investment cycle of Podzemno skladište plina d.o.o. and development plans and business results of Plinaro Ltd. were presented. Minister of Economy, Ivan Vrdoljak was present at the conference. 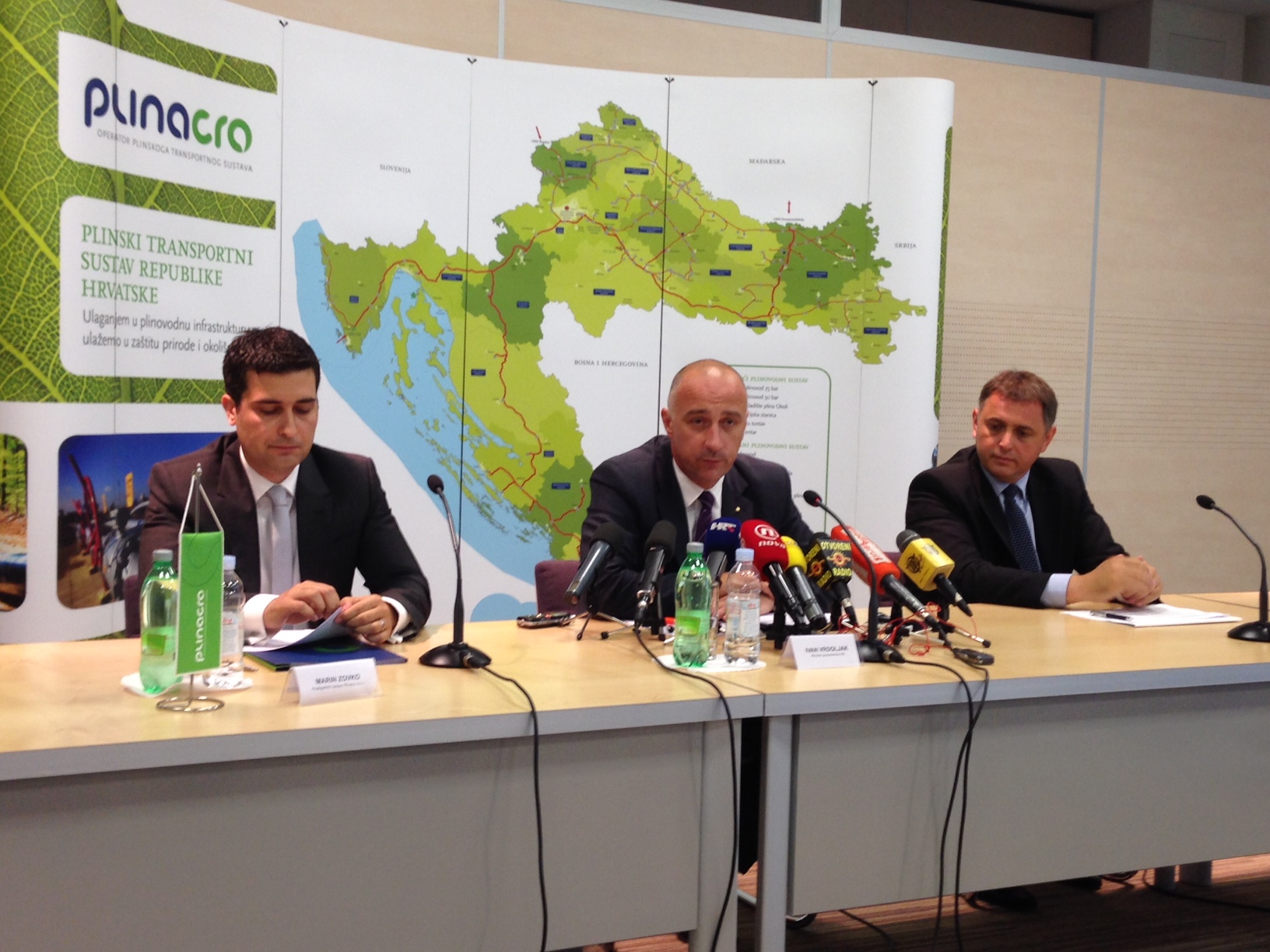 During the presentation of the incoming investment cycle of Podzemno skladište plina (PSP) Mr Krešimir Malec, Director of the company pointed out that the reconstructions of the most productive wells of the Okoli plant were successfully completed at the beginning of this year which enabled undisturbed operation of the entire well stock. He also added that the modernization of plants at the underground gas storage in Okoli is to be carried out in the continuation of the investment projects implementation and that the mining workover activities at the hydrocarbons exploitation field are to commence. The aim of the mentioned works is to increase the injection capacity and provide reserve injection capacity (that is enhanced security of supply for the consumers) as well as to provide reduction of harmful gases emission and operative costs and to increase flexibility in providing services.

At the moment, a few of PSP projects are underway. The most demanding one, in financial terms, is the project of reconstruction and modernization of the existing moto-compressor room at the underground gas storage at Okoli, worth HRK 170 million. In addition, underway is also HRK 85 million worth project of constructing two new wells for the purpose of increasing exit capacities of the underground gas storage in Okoli and a project of constructing a system for disposal of reservoir water worth HRK 16 million. Mr Malec added that the mining workover activities and additional measurements at the exploitation field Grubišno Polje commenced as a precondition for the construction of the new peak gas storage. Upon successfully completed international tendering, analysis of submitted tenders is underway so that after the top-quality and the most eligible tenderer is selected the first phase of the project would be implemented by the end of this year.

In its introduction Mr Marin Zovko, President of the Board of Plinacro and the President of Assembly of Podzemnog skladišta plina d.o.o. expressed his satisfaction because after a long process of preparation Plinacro´s daughter company PSP is to carry out the most important and financially most demanding project, worth HRK 520 million, out of which HRK 270 million will be invested in the project of a peak gas storage in Grubišno Polje.

While talking about Plinacro´s investments he pointed out that the last year Plinacro finished its years-long investment project within the scope of which  EUR 600 million were invested and he announced that also in the forthcoming years new development projects, the total value of which could equal EUR 1.2 billion, are anticipated. Among them he highlighted the following projects: Ionian-Adriatic Pipeline project by implementation of which Plinacro is to provide new supply route and new gas source from the Caspian region; more than EUR 60 million worth interconnection with Slovenia on the route Lučko-Zabok-Rogatec, the most significant project of connecting with the gas transmission systems of the surrounding countries; development of a distribution-transit gas pipelines of LNG terminal on the island of Krk as well as construction of new compressor stations for the purpose of increasing system efficiency. He mentioned that already in July 2012 all the above named development projects were applied for the European Commission´s List of the projects of the common interest (PCI) and that Plinacro´s aim is to be awarded a grant from the EU funds which should in the end provide lower price of the gas transmission service.

Looking back at Plinacro´s business results he pointed out that in 2013 company achieved the best business results in the last few years. Plan of rationalization of business activity has been carried out in all its segments. Business activities have been optimised, number of managerial positions and number of employees reduced which led to significant savings in business operation. As a final result, Plinacro´s profit in 2013 equalled HRK 152,8 million which is around 80 percent more than in the year before.

Minister of Economy, Mr Ivan Vrdoljak expressed his satisfaction with the business results of Plinacro Group. Referring to the presented development-investment plans of Plinacro Ltd. and Podzemno skladište plina d.o.o. he pointed out, once again, strategic importance of the Ionian-Adriatic pipeline as well as the LNG terminal and the distribution-transit gas pipelines associated to it, expressing his belief that also the European Commission will recognize their significance and provide one part of the funds for their implementation. 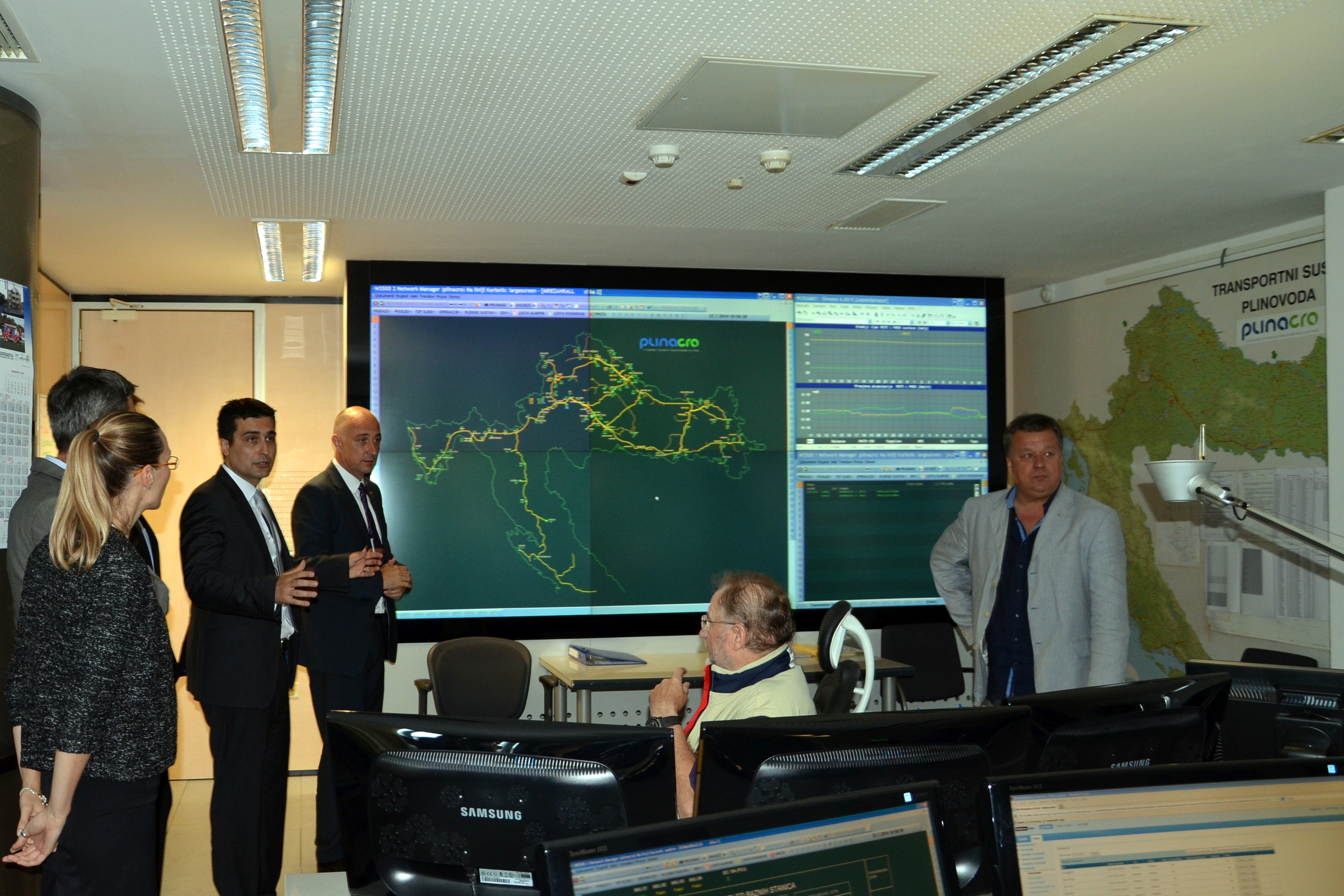 After the press conference was over the participants visited Plinacro´s National Dispatching Centre, technical centre from which continuous operative supervision of the Croatian gas transmission system has been carried out 24 hours a day, 365 days in a year.
Previous topic:
Plinacro Ltd. and Podzemno skladište plina d.o.o. presented their development- investment plans
Next topic:
Intensification of activities concerning the Ionian – Adriatic Pipeline project implementation