Despite the COVID-19 pandemic, which has slowed down or completely stopped significant part of economic activities, thanks to exceptional efforts to ensure continuity of works, the construction of the Plinacro evacuation gas pipeline for LNG on the ruote Omišalj-Zlobin is proceeding in the planed dynamics. The works that started in mid-December last year are carried out simultaneously on the entire gas pipeline route, from the future gas node Zlobin to the future gas node Omišalj. 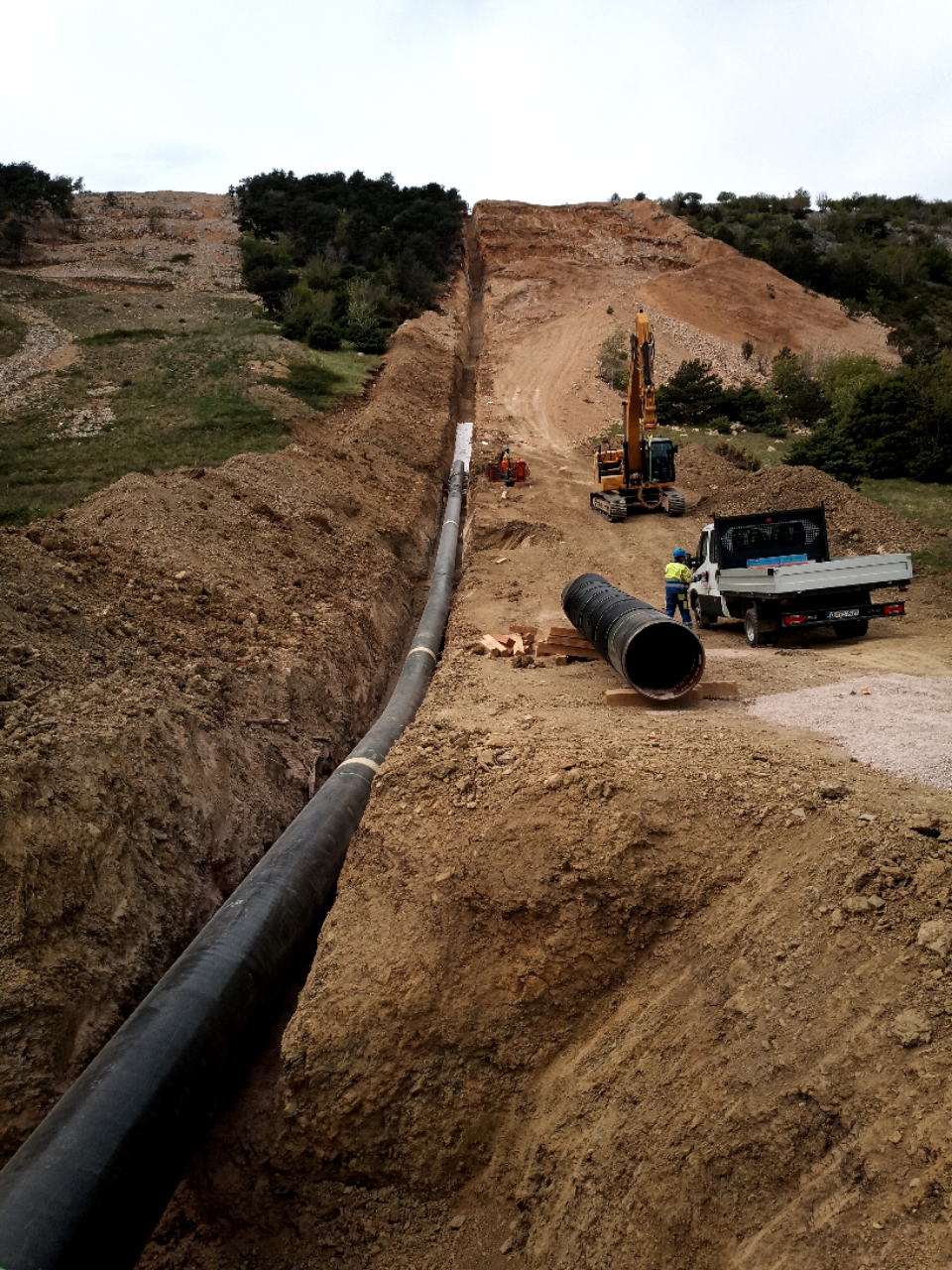 So far, the entire working zone of the gas pipeline has been prepared. Almost the entire trench in which pipes will be laid has been excavated. Almost half of the welded pipes in the length of over 7.4 thousand meters have already been laid in the trench. Moreover, further works on pipe stringing along the gas pipeline route and pipe welding are underway, as well as the works on the gas nodes Omišalj and Zlobin.

The most demanding part of the construction will be laying of the offshore part of the gas pipeline in the length of about 750 meters. The pipes with concrete coating will be laid at a depth of 55 meters. Since the pipes are delivered from Italy, there was concern that due to COVID-19 pandemic the delivery would be delayed. However, thanks to good mutual coordination, timely contracted pipe manufacturing and cooperation with transport companies, as of 30 April the delivery of the first pipes started (one pipe on each truck). The delivery of the mentioned pipes should be completed by May 25.

The completion of the construction of the Omišalj-Zlobin gas pipeline, a 430-milion HRK worth investment, is planned by the end of the year, so that when the LNG terminal becomes operational, the delivery of gas from the terminal is ensured.

Previous topic:
Despite the COVID-19 pandemic the construction of the Omišalj-Zlobin gas pipeline proceeds as planned
Next topic:
LNG Terminal and the Zlobin – Omišalj evacuation gas pipeline ceremonially put into operation